The schooner De Gallant is sailing towards more exotic horizons 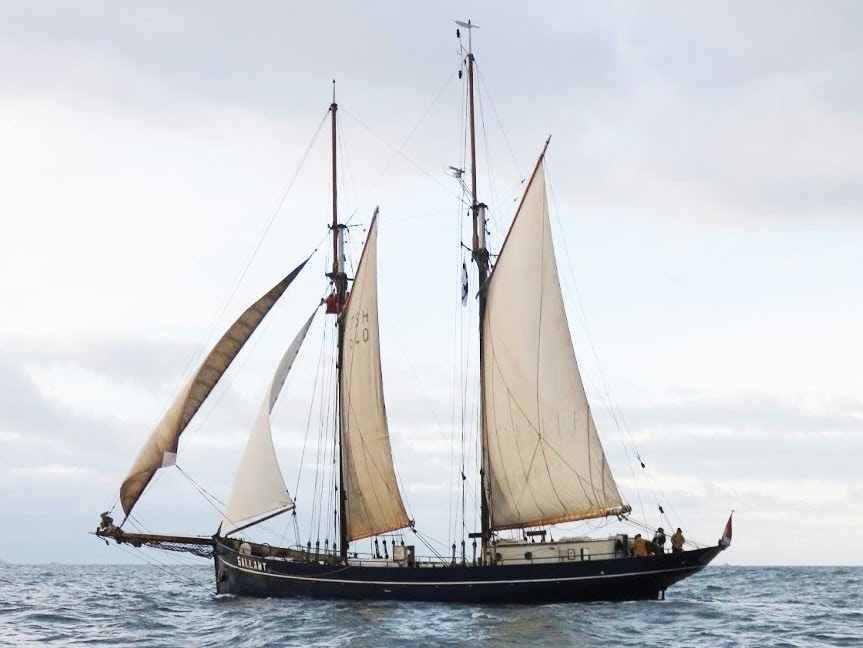 (copyright photo : Blueschooner)
The schooner "De Gallant" was built in Vlaardingen (The Netherlands) at the site of the Figee brothers and launched in 1916 under the name of Jannetje Margaretha. This boat, originally haring logger, then lived several careers. Sold to a Danish shipowner in 1926, a propulsion engine was installed and the boat began a coaster career under the name of Gertrud. In 1987, the "Zeilschip De Gallant" foundation bought the ship and, as part of a training project for the young people of Amsterdam, completely restored it. Since 1993, "De Gallant" sails in the North Sea, Baltic, and Channel, shipping passengers and also serving as a sailing school. "De Gallant" now offers a sail shipping service with TOWT, while offering people wishing to participate to an authentic human adventure to embark on board. 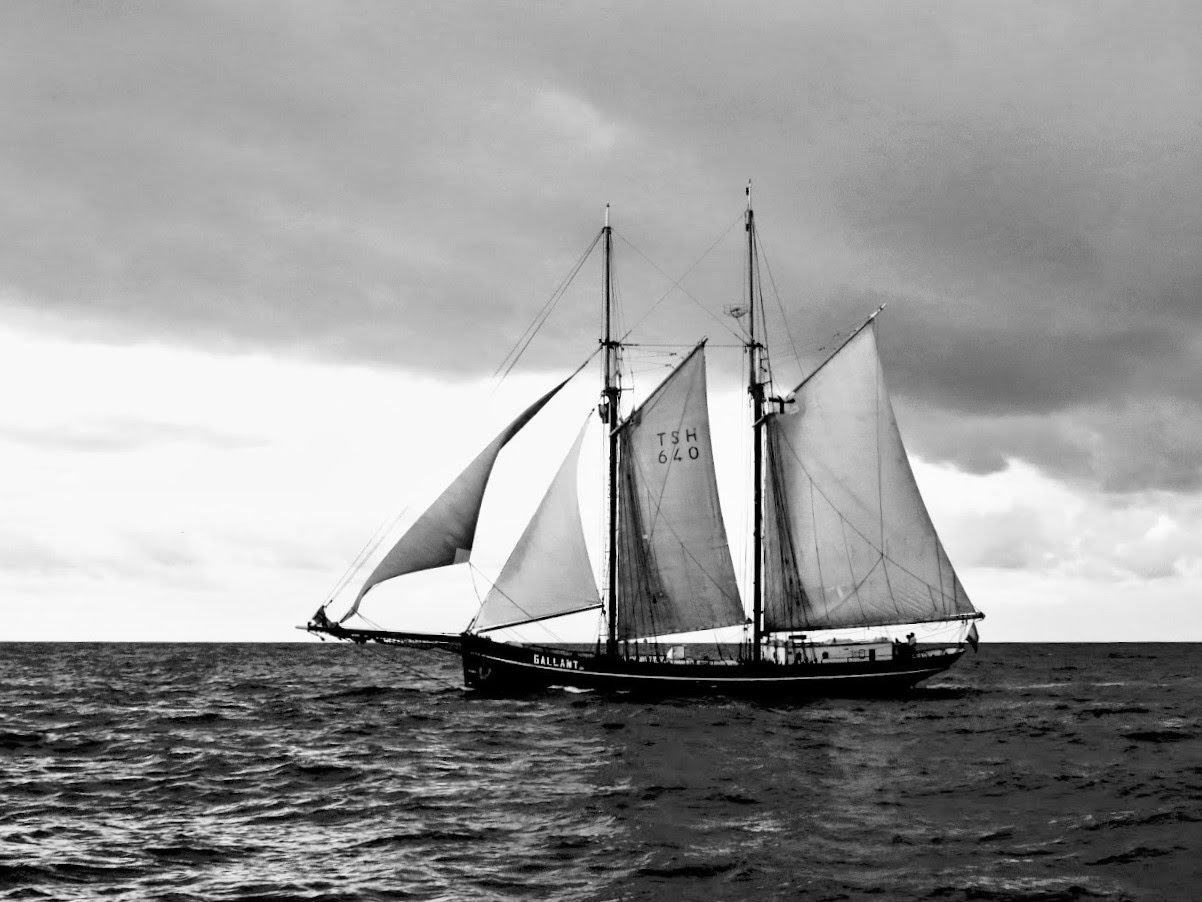 I embark aboard De Gallant for a trip