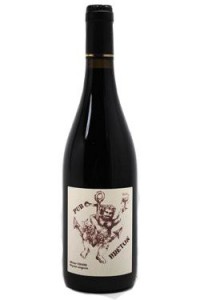 The bottle that you have in your hands is so precious because it has been shipped around the Atlantic on board the « Tres Hombres ». Over 7,000 nautical miles pushed by the wind and rocked by the swell.

Olivier Cousin, who was a sailor before being a winemaker, knew about this legend and wanted to experienc it with his wine. After a year around the Atlantic this wine has definitely become better, accordinig several blind tastings.

Wine specialists are now starting to rediscover the positive effects of these long crossings by sail. We are offering you the only bottles in the worldwhich have come back from the other side of the Pond. 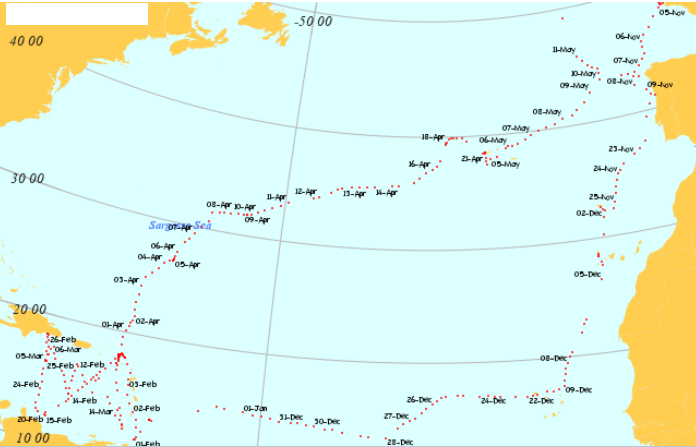 Departure from Brest (by Jorne Langelaan) This was quite an excited evening and night. Paul, the first mate, in the pushboat pushed us out while we had mainsail, mainstaysail, foretopmaststaysail and inner jib up. Before we where out of the harbour we started setting the topsail. After sailing outside the harbour we tacked once. On this tack we where able to make west to get in some wider waters to hove to. We hove to by tacking again but not bracing the yards so the topsail came aback. From this position we had time to hoist the pushboat and cat the anchor. After that it was jibing and setting all sail. Miracously we where able to sail almost through the entire Goulet without tacking. At the end of the Goulet the wind backed to more Wly directions and we had to start tacking. Also the wind diminished almost to nothing except for in some thundersquals with strong wind coming from random directions. With this we got cought aback, although I was on the wheel myself for most of the night. Without speed in the ship I could not protect us from an unwanted jibe, snapping right through the boomstop. Then it was all I got on the wheel to let her fall off and get the wind out of the squaresails, which Paul was already trying to square, and bring the ship back upright. Just let go the entire mainsheet until the boom was to the backstays and this brought her downwind. Not a perfect situation either with shoals and rocks all around… But the wind disappeared as fast as it had come. The last hour before breakfast we drifted into a total calm, with (thank god) suitable anchorground: Anse de Bertheaume. Here we spent a day and night, sleeping and waiting for wind to come. As expected Saterday morning we got the Northerly wind and weighed anchor bound for Porto, through the Bay of Biscay.